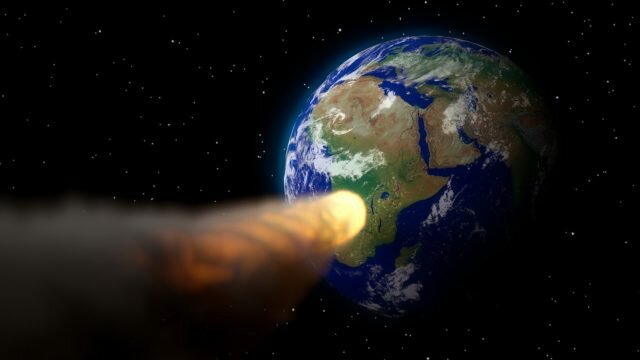 on April 29th, 2020, a mile-long 29 April Asteroid name ‘52768 (1998 OR2)’ bigger than any tower in the world will make a close approach to earth as it passes safely by, there’s no need to worry, this asteroid will not even come close to hitting the earth.

This Asteroid which is coming very close to earth is named as 1998 OR 2, NASA is tracking it for over 20 years and they are predicting this close approach for a long time, it is one of the largest near the earth asteroid with the size of 2-3 kilometers in diameters, which is pretty HUGE, it is 5 times bigger than the world’s tallest building, but it is passing very far away, it is passing about four million miles away from the earth, so it is not a threat but it is notable because it is one of the larger asteroids.

As per the National Aeronautics and Space Administration (NASA), it is very important to identify and find the asteroids early so they can determine and predict it’s path and trajectory that could impact the earth, the more time we will have to prepare for that and perhaps do something about it, to prevent an impact on the earth by changing its path or by destroying it into pieces using nuclear arms and ammunitions on it.

What is Corona? | Worth Deaths from Corona Virus | China Hidden Facts About Corona

How often does asteroid come close to the earth?

Almost everyday asteroid comes closer to earth because there are so many asteroids floating around the earth but in terms of distance they are miles of kilometers away, or they are very small in size which burns themself before entering the orbit of the earth, but if any big asteroid approaches near to the earth than that can cause a thread, but these asteroids paths are very well predicted by NASA and other space researchers so there is no need to worry about them.

What is a close approach to earth?

How to see 29 April asteroid or other asteroid near earth?

To spot or observe an asteroid or comet, we need to start scanning the sky using a survey telescope and take multiple pictures of it, then those pictures are scanned to find any moving object if any moving object is discovered than it is scan against the already discovered asteroids to determine identity, many of the space research institutes provide data on these asteroids and which are available for a human to access to determine the name, size, and path along with the other identities, so they can easily track an asteroid.

NASA has provided a website to track any asteroids that close approach the planet other, https://cneos.jpl.nasa.gov/ca/, this website provides information like the name of an asteroid, its distance from the earth and date of when it will arrive in close approach or really near to the earth.