Kim Jong Un Unseen Event | Where was this massive leader?

North Korea’s president the Kim Jong-un was unseen in the public and media television for a period of about 3 weeks, during this event people all over the world started to create rumors about his heath, this event became more suspicious when Kim Jong-un did not appear on his grandfather birthday held on 15th April 2020, this happens for the first time in so many years, he never misses out his grandfather birthday.

During this Kim Jong Un Unseen Event, the American president Mr. Donald Trump said that he very well knows that where is Kim Jong Un and under what situation further he added that as of now he doesn’t want to briefly talk about this matter and he prays to God for Kim’s good health. Since the past few years both country’s presidents have ameliorated and good relations, they both have met each other 3 times and wherein talking terms.

According to North Korea’s media on the inauguration day, Kim Jong Un was seen with several government authorities along with his sister Kim Yo Jong. On this day Kim Jong Un talks about the great production of this new plant and many more specifications of it.

After Kim Jong Un was unseen on his grandfather’s birthday the speculations of his death, being unwell all over the world became viral, moreover many twitter users started using hashtag # KimJongUnDead, this hashtag made its way in the twitter’s trending topic for a day.

When was Kim Jong Un was last seen?

Kim Jong Un was last seen on 12th April 2020 in North Korea’s official media and since then nobody was sure as to where he was and how he was, as no report can be confirmed from North Korea (due to its rigid rules and regulations), Only the neighboring country South Korea can get any such information, news and details from North Korea, but even they have many times failed to obtain any information from them.

Since 2019, Some of the websites have reported that Kim Jong Un is having heart-related issues, even during this unseen event many of the American websites have posted news about his heart issues, Speculation likes death from the heath surgery where seen on social media platforms. It is still not confirmed that Kim Jong Un is having any heart-related disease.

The past of Kim Jong Un unseen event

This is not the first time when Kim Jong Un went unseen, during the year 2014 he was unseen for 14 days and during those days many speculations came out like he was removed from his presidential position, later it was found to be a false rumor. Since 2011 Kim Jong Un is the president of North Korea.

What Media thinks about North Korea?

What is Corona? | Worth Deaths from Corona Virus | China Hidden Facts About Corona

During this whole Kim Jong Un Unseen Event, South Korea’s media was very clear that these are all speculations and Kim Jong Un is not unhealthy, but as we have mentioned earlier that many times even South Korea have wrong information about North Korea, it is possible that during these days Kim Jong Un went from heart surgery and became very ill or that Kim Jong Un staying perfectly fine at his home and having a good laugh on these speculations against him, but one thing is clear that in the past he never went unseen for such long time.

During Kim Jong Un Unseen Event, South Korea reported a firing incident at its border area, this firing was done from North Korea and in return as per the protocol South Korea also fired some rounds, No casualties have been reported from both the countries and it is still unclear as to why North Korea fired at the first place. 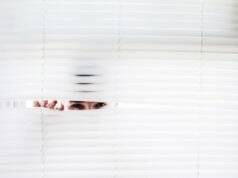